I mentioned when I crash-coursed through the Hero's Journey that there were some bits I didn't entirely appreciate--mainly the stark lack of female perspective in the Hero's Journey cycle. Now, to be clear, that doesn't mean that women cannot experience the Hero's Journey, or that there aren't thousands of countless "Heroine's Journeys" out there, because there certainly are. But the Hero's Journey itself has an inherently masculine structure and terminology (and to be quite honest, Campbell's Hero with a Thousand Faces got a little too misogynistic for my tastes at times). Well, I researched feminine perspectives on the Hero's Journey, and finally found a book that captures what I was looking for: Kim Hudson's The Virgin's Promise* (hereafter referred to as TVP).

Why a Feminine Perspective?

Christopher Vogler, who wrote The Writer's Journey (which is essentially a "Campbell for Dummies Writers"), also wrote the foreword to TVP. While he considers the Hero's Journey to be a gender-neutral cycle, he sort of explains the need for a book like TVP:


There is more than a drop of testosterone in the assumptions and specifics of the Hero's Journey, starting with that word "hero." [...] When I started lecturing about the Hero's Journey, many people immediately assumed I was talking about male action heroes, superheroes, traditionally male military heroes, etc. Women would say "Fine, I get it about the man's journey to go out and conquer something, but what's the woman's journey?" ("Forward," TVP)

While I definitely think the Hero's Journey is gender-neutral insofar as both males and females can take on the role of the "hero," I myself have felt the absence of alternate views and journeys**, mainly from a more internal, emotional perspective. I'm also a self-proclaimed feminist (or pro-feminist, whichever you prefer), and while I consider the Hero's Journey valuable for stories as well as life in general, I think the view is incomplete and, basically, biased. The Virgin's Promise provides that point of view I've been missing. Of course, while TVP demonstrates an archetypal (there's that word again) feminine cycle, male characters can take a spin on that cycle just as easily (that is a super-weird mixed metaphor...). Just like the Hero's Journey, the path applies to any gender.

Interestingly, while the Hero's Journey is largely derived from mythological archetypes, the Virgin's Promise takes shape from folklore. While there are many differences between myths and folktales, the chief distinction for our purposes is this: fairy tales focus on self-worth and self-hood, while myths concentrate on themes of place in the world and obligation. The Virgin (which is, of course, the term Hudson uses for the protagonist of the Virgin's Promise cycle) aspires to answer questions regarding her own self-knowledge and place in the world, independent of what everyone else thinks of her, while the Hero concerns himself with survival in the world at large and overcoming the fear of death ("Fairy Tales and Myths," TVP).

That bit about mythology vs. folklore is one of the lynchpins of the Hero's Journey vs. the Virgin's Promise, so remember it. That said, let's get into the nitty-gritty.

So What is the Virgin's Promise?

Like the Hero's Journey, the Virgin's Promise outlines a protagonist's passage from one state of being to another, and how that change affects the world around her. The Hero has a goal he must accomplish; the Virgin has a Dream she must realize. The two structures are similar, of course, but the details can be very different. Hudson outlines thirteen main points in the Virgin's Promise. Because I'm a sucker for symmetry, I've taken the liberty of splitting those thirteen points into three different "Acts," similar to the Departure, Initiation, and Return Acts of the Hero's Journey. For the Virgin's Promise, I chose Discovery, Growth, and Fulfillment. Those terms seemed to denote the type of journey the Virgin undertakes most accurately. So, the thirteen points are as follows:

3. Opportunity to Shine - The Virgin sees an opportunity to temporarily pursue her Dream, without any real consequences or effect on her Dependent World. She takes this opportunity, proving that she can, at least in theory, realize her Dream.

4. Dresses the Part - Once her Dream goes from her unconscious mind to her conscious state of being in Opportunity to Shine, the Virgin will never be the same. She makes a permanent change to her demeanor and/or appearance to demonstrate the intense changes occurring within her. Hudson discusses four common metaphors for this phase of the cycle: "Becoming Beautiful," "Receiving a Physical Object," "Participating in a Fashion Show," and "Undressing" ("Stage Four: Dresses the Part" TVP).

5. The Secret World - Having experienced the beauty and excitement of her Dream, the Virgin now attempts to please everyone (including herself, which is a significant step--her own needs and wants were never on her to-do list before) by continuing to participate in her Dependent World, the Kingdom, and her new, Secret World. What she thought was a one-time thing in Opportunity to Shine now becomes something much larger, but something that the Virgin still believes is manageable and reconcilable with her Dependent World. A constant fear that the Virgin's Secret World will somehow be discovered and outed by the denizens of her Dependent World plagues this phase of the cycle.


She is defining her own values and claiming her own personal authority. There is a growing discomfort with going back to the Dependent World and angst about having a Secret World. ("Stage Six: No Longer Fits Her World" TVP)

The Virgin often becomes reckless, confused, attracts attention to herself, or declares the task too hard. She narrowly holds on to her Secret World, but now realizes the impossibility of satisfying both worlds.


At this point in the archetypal structure, reality hits and the Virgin must face the fact that she cannot keep her two worlds separated any more. The Secret World and the Dependent World collide and the feared consequences manifest. The Virgin often finds herself punished, shamed, or exiled. ("Stage Seven: Caught Shining" TVP)

The Virgin's Secret World is no longer secret, and this inevitably has a cost. The reason she is Caught Shining could be any number of the following: she grows too big for her Secret World, her circumstances change, she is recognized by her Dependent World, or she may be betrayed. Either way, the result is the same. The Virgin must now choose between her two worlds, or the choice will be made for her.

8. Gives Up What Kept Her Stuck - The Virgin now understands she must let something go, allow it to die, in order to fully realize her Dream and make it her reality. She faces grief and harsh realities, here; it is perhaps the most difficult phase of her journey. She may fear being hurt, or fear losing those who love her, but she makes the choice to do it anyway, because she finally understands that if her Secret World does not become her reality, she will never truly live at all. The Virgin transforms from being passive, servile, small, or nice, and becomes rebellious--she finally recognizes that she does not have to accept others' dreams over her own. Hudson calls this


the major turning point in the psychological growth of the Virgin. It is also one of the most difficult to clearly express and the key to the deeper meaning in the story. ("Stage Eight: Gives Up What Kept Her Stuck" TVP)

9. Kingdom in Chaos - Like a pebble thrown into a still pond, the Virgin's decision to Give Up What Kept Her Stuck creates a ripple effect felt throughout the Kingdom. The denizens of the Dependent World, intent on keeping things as they always have been, do all in their power to suppress the Virgin's newfangled ideas and keep the order they've always known.

10. Wanders in the Wilderness - Confronted by her Dependent World, the Virgin must now make another choice: fall back into line, as her Kingdom insists, or pursue her Dream to the end.

The night is always darkest before the dawn, as they say, and Wanders in the Wilderness is the Virgin's darkest night before she finally...


In Chooses Her Light, the Virgin decides to trust herself and pursue her dream or passion, whatever happens. This is the last stage of her transformation and a joyous climax to her story. She would rather shine than be safe or maintain order. ("Stage Eleven: Chooses Her Light" TVP, emphasis added)

At long last, the Virgin reveals her true self to the Kingdom. Reactions vary, but ultimately don't matter to the Virgin's progression. What does matter? She has finally made the decision to live her Dream.

12. Re-Ordering/Rescue - Now that the Virgin has no Secret World--she lives openly--she challenges her Kingdom to keep up with her and accept her vision of life. Hudson emphasizes two aspects of the Re-Ordering: acknowledging the Virgin's worth as she fulfills her dream, and "reconnect[ing] the Virgin with a community" ("Stage Twelve: Re-Ordering [Rescue]" TVP).

13. Kingdom is Brighter - The Virgin and her Kingdom are finally reconciled, and a new order is established. Both the Kingdom and the Virgin are better off for the Virgin's journey. The Virgin's process creates a chain reaction that transforms the entire world around her:

So, there you have it. The Virgin's Promise, in a nutshell. I certainly suggest you check out the book for the full story; Hudson does a great job of explaining each of these stages in context.

What About Dan Harmon?

We can't forget about him, can we? Certainly not. What I appreciate about Harmon's structure is that, at least in my opinion, it applies just as well to the Virgin's Promise as it does the Hero's Journey. Check it:


* On something of a side-note, jumping into TVP right after Campbell's Hero was a bit of a culture shock. Campbell's prose is so intellectual and harvardian (yaleish?), reading the two back-to-back made Hudson's writing seem sort of grad-school-y in comparison (and yes I definitely mean grad-school-y, not grade-school-y, in case you think that's a typo...). Which doesn't mean her writing was bad by any means; in fact, while Campbell's prose had a tendency to bore me to tears or lose me in intellectual aphorisms, Hudson's was concise, to the point, and easy to follow. So while Hudson may not sound as smart as Campbell (and let's be honest--who does?), her writing was much more accessible. Vogler's The Writer's Journey would actually be a great in-between read, I think, to transition from Hero to TVP.

** Terminology plays an important role here: while The Hero's Journey and The Virgin's Promise can constitute completely different paths, many of the specifics can sometimes seem almost synonymous. While this is far from the case (similarities between the two structures exist, certainly, but they are ultimately two very different paths), the distinction is often most clearly demonstrated by terminology.
Posted by cbh at 4/28/2014 10:28:00 PM 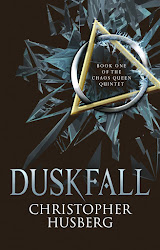 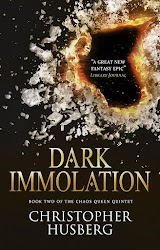 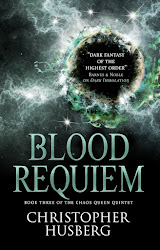 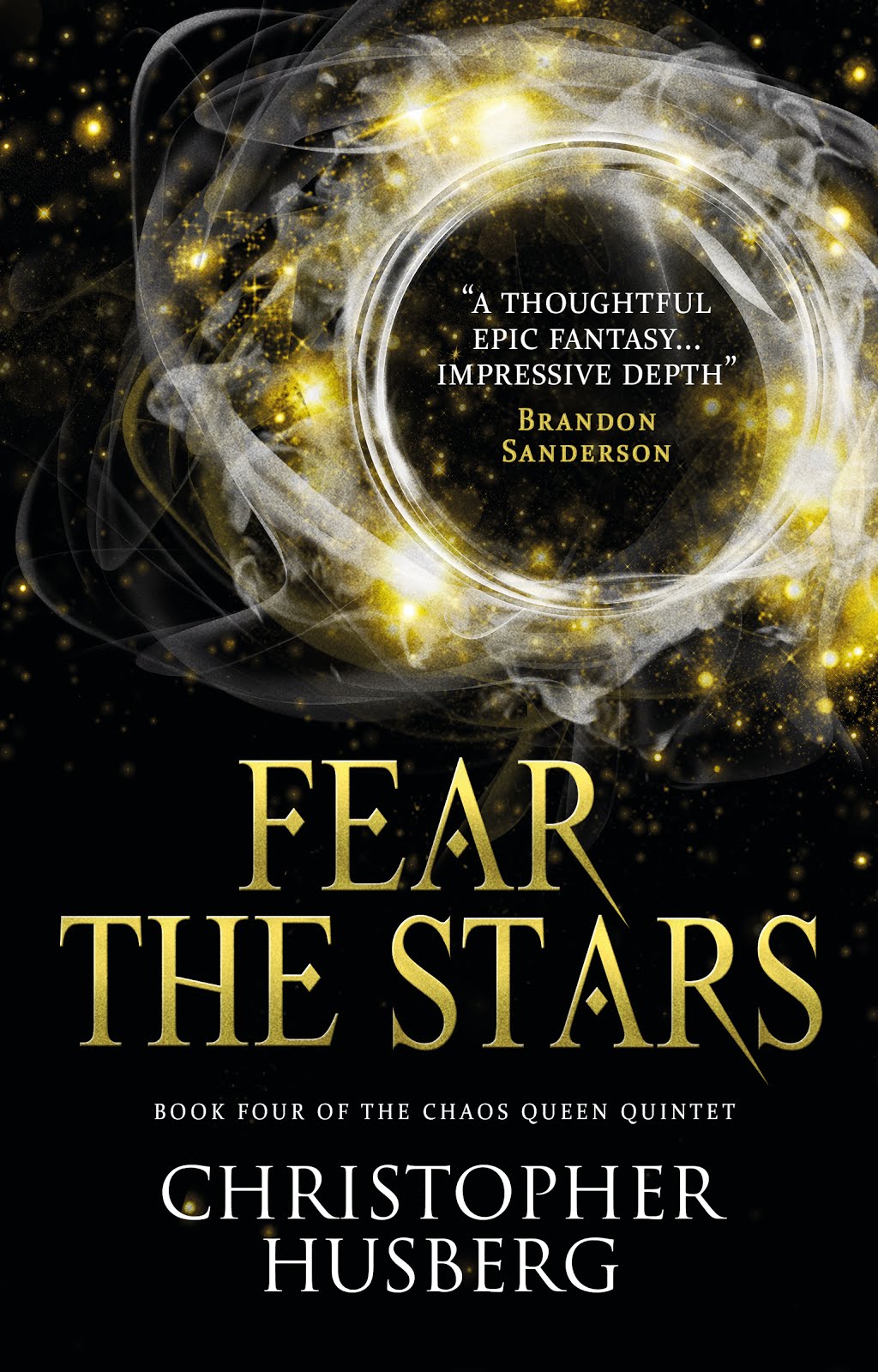