...you should totally come check out Marc Cameron at his signing at the Sugarhouse Barnes & Noble. It'll be this Saturday from noon to 3:00 PM. See graphic below for more details!

Marc is a former U.S. Marshall and a top-notch author of military thriller novels about Jericho Quinn (imagine Jason Bourne, Pete "Maverick" Mitchell, and Blondie/The Man with No Name all rolled into one, and you've basically got Jericho Quinn). The writing's great, fast-paced, and action-packed. Seriously, if you're in the area, head down to B&N Saturday afternoon, buy a couple of his books and get them signed! (Or if you won't be in the area, or can't make it, you should check out his first book in the series, National Security, here.) 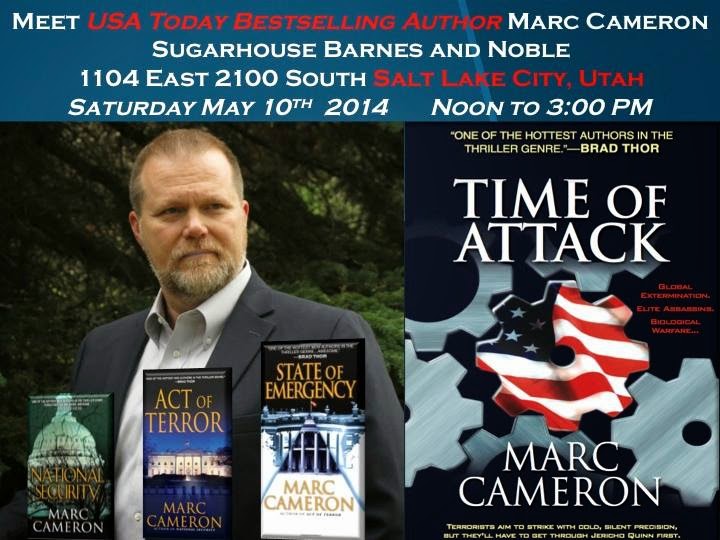 ...it's another Monday morning, and I hate Mondays. I'm in Provo today (I usually come down here every other week or so, just to get out of the house...cabin fever and all that), but I'm historically less productive here than I am from my office at home. I mean, my office at home has a white board wall, ya'll. Can't beat that.

Anyway, progress is coming along swimmingly for Dark Immolation. I'm about 26k words into it, and my current minimum daily goal is 1500 words. I've sort of been crushing it, lately. It's been awesome. This part of writing--the first draft stage--might be my favorite part of the process. The unpredictability of what might happen, the organic feel of it all, the way the words just start to flow out of me at a certain point...it's lovely. So I'm enjoying that, and actively not thinking about how much rewriting will have to go into this project :-).

I missed another #FIF post on Friday...I'll hopefully have one this Friday. At least I'm consistent at being inconsistent, though. Right? Is that a thing?

I've also enjoyed what I've written so far for my current blog series on story structure. If nothing else, it's helping to solidify these concepts in my own mind for further reference. As a discovery writer, I believe the more knowledge I have bouncing around inside my head about stories, structures, characters, etc., the better--the more I  know about these things, the easier and more effective my first drafts will be. And, as a discovery writer, efficient first drafts are a necessity.

I've got a few more posts planned on story structure. I'm going to talk about the Hero's Journey and look at some examples of that structure in various media (Star Wars will definitely be among said examples, partly in honor of May 4th, partly because it's almost ridiculous how closely Star Wars follows the Hero's Journey), and do the same with the Virgin's Promise (Disney's Frozen is leading the pack for that spot, but we'll see what kind of mood I'm in, and whether I'm up to a Frozen re-watch before then). I'll also writer at least one post talking about the Virgin's Promise, the Hero's Journey, and Dan Harmon's story structure all at once, comparing and contrasting.

In other news, my wife and I are planning a trip to Italy we're taking later this year. That's going to be awesome, to put it lightly. And, incidentally, Dark Immolation takes place on an island very similar to Sicily, so I'll be able to do some "hands on research" while there. Nice, indeed.

Speaking of nice, I'm still watching Community, but I just hit season 4...and it's like hitting a brick wall. Harmon's absence is painfully obvious. I'm only two episodes into the season, so there's definitely room for improvement. But, on the whole, I absolutely cannot wait to watch season 5.

Found this gem from Renovation (Worldcon 2011). Quite fitting, if I do say so myself. Valar morghulis and all that. 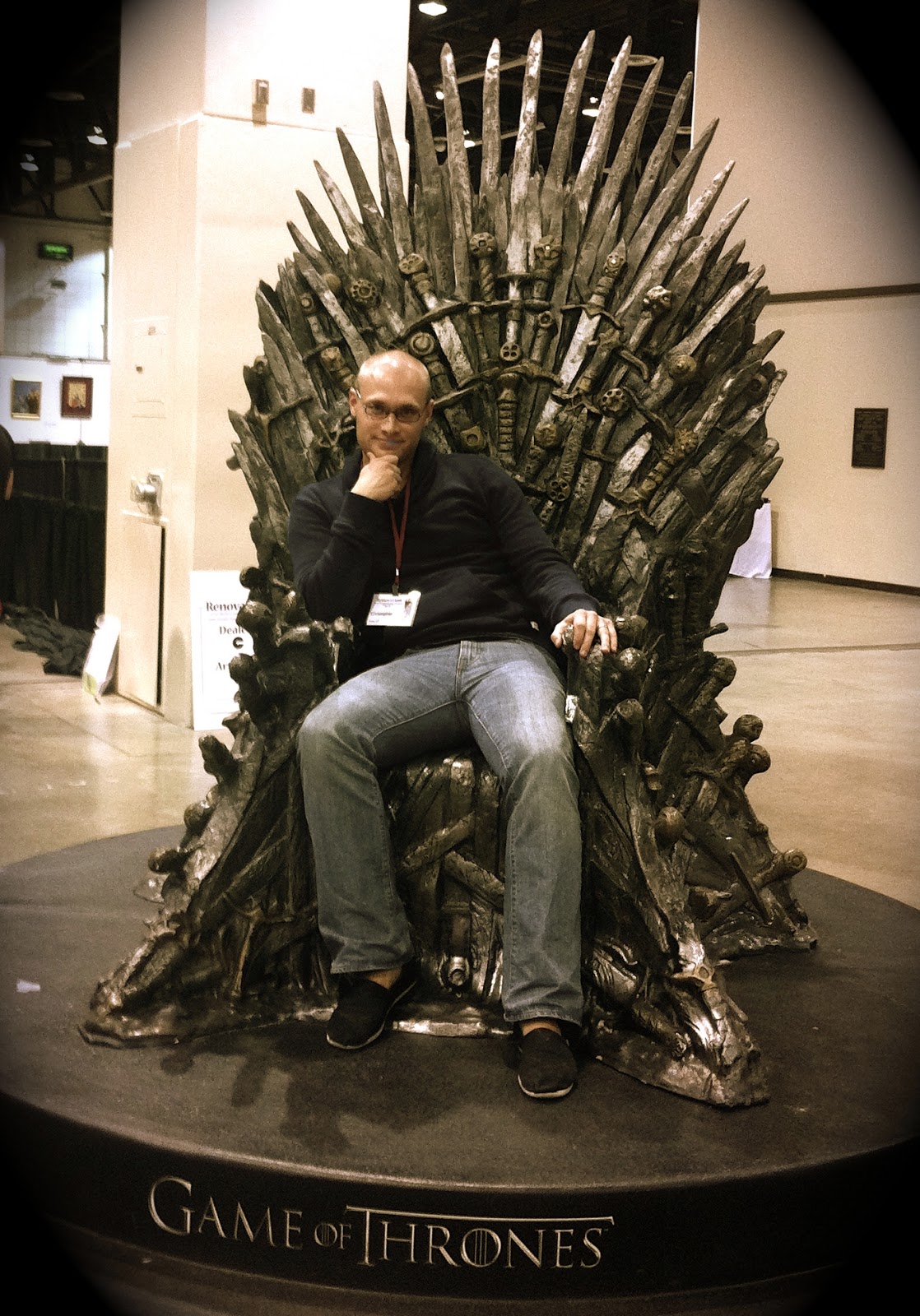