Wait! I went to New York!

So, I almost forgot. Raych and I went to NYC/NJ in January, and it was a blast. Some good friends of ours are professional ballroom dancers out in New Jersey, and we finally got around to making out way out there to see them. The trip was fantastic. We ate at swanky restaurants, saw a very cool, very powerful play*, hung around Manhattan, and overall got to hang out and get our chillin like villains on.

We also met up with my agent, which is always a fun time, and did some...other things while we were there, that I can hopefully talk about soon.

In the meantime, look! Pictures!


* Disgraced was a fantastic play about race--how we view ourselves, and how we view others (as the Other and otherwise...yeesh that's a lot of other...). Phenomenal acting, and it was one of those truly great pieces of media that sort of changes the way you think about things.
Posted by cbh at 2/28/2015 02:01:00 AM No comments:

FROZEN (and the Virgin's Promise)

I know it's been a while, but I've been meaning to examine the structure of the Disney film Frozen within the framework of the Virgin's Promise (an altered version of the hero's journey I discussed...um, almost a year ago...yikes!). So, without further ado... 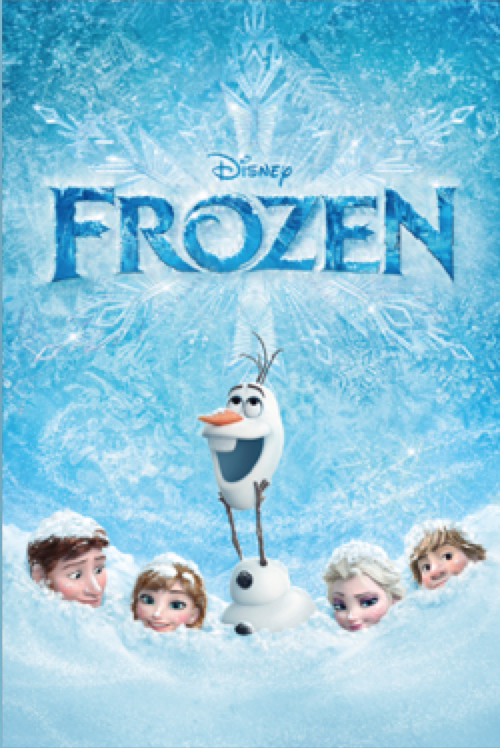 Frozen is an interesting film in that it has two central protagonists: Elsa and Anna. Both sisters have
their own arc and journey. At first, I assumed Elsa's arc would resemble the Hero's Journey, while Anna's might be closer to the Virgin's Promise. For some reason Elsa seems a more active, perhaps even a more masculine character (there's gender bias at work, folks), so I figured hers would be the Hero's Journey. But when I tried to hash it out that way, I just couldn't make it work. I then tried fitting both of their arcs into the Virgin's Promise, but it still didn't gel--Elsa and Anna's stories are just too different. Finally, I found something that worked: Elsa's arc as the Virgin's Promise, while Anna's as the Hero's Journey.

Let's look at Elsa's arc first. Oh, and in case you're wondering, yes, spoilers follow.* (But if you haven't seen Frozen by now, I can't imagine you actually care.)

Elsa's Dependent World mainly consists of Arundel and her parents; she is dependent upon them for material survival, of course, and for protection. But she also depends heavily on social convention (apparently people with crazy elemental powers are frowned upon). She also craves love and acceptance, and she depends upon Arundel for that love and acceptance. And, later, she is dependent on the imposed security measure of "conceal, don't feel."

Price of Conformity: The first three segments of the Virgin's Promise are sort of all thrown at us within the first five minutes of the movie, and kind of in jumbled order. Elsa has two major prices to conformity: the first that, as a princess, she naturally lives with restricted boundaries, but the second and far more important happens after the incident while she and Anna are playing: Elsa must conceal, not use her power, and she must spend time isolated and away from her sister.

Opportunity to Shine: This happens when Anna and Elsa wake up early and Elsa uses her magic as they play together. Elsa is using her magic for good, she is bringing joy to her sister, and the moment is pure and genuine until Anna is hurt in the process.

Dresses the Part: Elsa fully realizes the meaning of "conceal, don't feel"--she completely isolates herself from her sister and her Arundel. She is doing what she thinks she needs to do, what her parents have instructed her to do in order to stay attached to her dependent world. But, of course, she is not happy doing it.

Secret World: Elsa attempts to please everyone--her parents by hiding her power, her kingdom by playing the part of future Queen, etc.--except herself.

No Longer Fits Her World:  After the coronation, when Anna asks Elsa's permission to marry, Elsa can no longer contain her power; she literally can no longer fit in the world she has been trying to make for herself, and she is Caught Shining--her power is revealed for the whole Kingdom to see.

Finally, Elsa Gives Up What Kept Her Stuck in the iconic song "Let it go."

But both of her Kingdoms are now in Chaos: her old Kingdom of Arundel is suffering a crisis of succession and wondering what on earth happened to it's Queen, and later her new ice kingdom comes under attack by Hans' men.

When Elsa fatally wounds Anna, she Wanders in the Wilderness. This is her moment of doubt, where she wonders whether all the changing she is going through is worth it.

Chooses Her Light: This segment is embodied by two moments: first, when Elsa escapes the prison in which Hans placed her, knowing she can no longer continue to use her power and remain in her old kingdom--her dependent world--as she knew it. And second, later, when Elsa realizes she can use another form of her power--love--to save Anna.

Re-Ordering/Rescue: Anna saves Elsa from Hans, while the other Lords watch from the balcony. Elsa is rescued from without and reconnected in a positive way to her kingdom as the Lords watch her heal Anna.

Kingdom is Brighter: The people of Arundel realize that Elsa is a better person--and ruler--when she embraces her power, and Elsa finally finds her place, both with her magic and ruling her kingdom, as she and everyone she loves skate around on the little ice rink she has created.

Fits in pretty well with the Virgin's Promise, if you ask me! Of course there are some slight deviations in the order of things, and the arc is certainly open for interpretation, but that's the way all stories should be--none should fit into the premise perfectly.

Anna's story begins a bit later than Elsa's: her Ordinary World is basically described in the song "Do  You Want to Build a Snowman?" She lives a somewhat lonely life in her family's castle, isolated from her sister and the rest of the kingdom.

Anna has a few different Calls to Adventure. In the first rendition of "For the First Time in Forever" the castle doors are opening and she'll get to interact with real, live people. That's a call in and of itself--Anna is given a reason to change something. Another call happens when she meets Hans and he proposes to her. Perhaps her most important call is when Elsa's public use of magic causes her to flee, and Anna is faced with the decision of what to do next. (This use of magic could also be deemed a Supernatural Aid that get's Anna out the door and on her adventure.)

When Anna leaves her castle and ventures out into the now-wintery kingdom to find her sister, she Crosses the Threshold.

Anna's Road of Trials consists of finding winter clothing, meeting Kristoff, fighting off the wolves, meeting Olav, and hiking to Elsa's palace. These conflicts and meetings are what begin to forge Anna into the hero she needs to be by the end of the story.

Anna's Meeting with the Goddess occurs when she finally reaches Elsa, with the reprise of "For the First Time in Forever." This could also be deemed a version of Atonement with Father when Elsa reacts the way she does, and one of her shards pierces Anna's heart. (Other versions of Atonement with Father in Anna's journey could be her meeting with the troll rock people thingies, or when she finally reunites with Hans only to discover he does not love her after all and has betrayed her and her sister. Incidentally, those encounters could also fall into a "Part 2" of the Road of Trials--see what I mean when I say this is fluid?)

Anna's Apotheosis occurs a bit later, when she manages to save Elsa from Hans' sword, sacrificing her own life. Her Ultimate Boon, in turn, is the "true love's kiss" she receives from Elsa that saves her (this could also be deemed her Rescue from Without).

Finally, Anna Crosses the Return Threshold when she returns to her Kingdom, having changed her perspective on the world, love, and life in general. She is now the Master of Two Worlds with the Freedom to Live as she sees fit. She and Kristoff, of course, get together, Anna is reconciled with Elsa, and they all live happily ever after.

Frozen really is a great film, and it's protagonists fit the Hero's Journey and Virgin's Promise story structures in clear, but interesting, ways. Not only that, but the film does a great job of weaving the two arcs with one another, allowing significant parts of one major arc to compliment and sometimes juxtapose with significant parts of the other arc (a topic for another day, perhaps). Anyway. This stuff is kind of fun to think about, and hopefully it helps you understand what I'm talking about when I talk about story structure.**


** In fact, I've been thinking about the recent film Interstellar and how Matthew McConnaughey's character arc is actually closer to the Virgin's Promise structure than it is to the hero's journey. Something I may go into more detail later.
Posted by cbh at 2/27/2015 06:46:00 PM 2 comments:

So, speaking of the Hero's Journey, I was totally at a Journey concert the other day...

My wife works for this great tech company called Qualtrics, and they had this big conference summit thingy last week, and part of it included them hosting a Journey concert (to say they treat their employees and customers well is an understatement). So, Raych and I went to that, and it cool. And look! Videos:

"Separate Ways" is certainly not a bad way to start:


"Lights," with some very literal accompaniment:

And of course what song could you end with but "Don't Stop Believin'":

It was a fun thing.

In other news...well, there is a lot of other news. Stay tuned for updates.