As far as I'm concerned, the MCU has been on fire lately--and definitely the good kind of fire. 🔥
Things really took a turn for the better with Thor: Ragnarok, which is probably my favorite MCU film to date. Black Panther continued that trend, and is right up there in my top 3, if not directly in the #2 spot. Avengers: Infinity War, while flawed, did a phenomenal job combining dozens of headlining characters into a single story, mostly by focusing on the villain as the protagonist--and Thanos is a truly creepy villain, and a delight to watch in that film. Ant Man & the Wasp did exactly what it set out to do, which I think, in addition to telling a fun story, was to lighten the mood jut a tad after the incredibly bleak ending of A:IW.

And now, the next Marvel film on the docket is Captain Marvel--see the recently released trailer above.

Ya'll, I simply cannot express to you how excited I am for this film.

I've been excited to see Captain Marvel on the big screen since the day it was announced. For one, it's basically Marvel's first attempt at a female-led MCU film. I think that is awesome. But, far beyond that, I find Captain Marvel/Carol Danvers a fascinating superhero. Add to that the stinger at the end of A:IW, and, well, I LITERALLY CANNOT WAIT ZOMG.

Honestly, I'm so excited, I'm actually terrified--mainly that the film will be bad in one or more major ways. The only thing DC seems to have done right recently is the Wonder Woman film, and that definitely set the bar high. Don't get me wrong; I loved WW, and I'm happy the film did so well, and was made with such quality in just about every aspect. I want the bar to be high for Captain Marvel.
But damn do I hope Captain Marvel just blows WW out of the water--or, at least, was as awesome, emotionally engaging, and entertaining to watch as WW.

Yeah, I have high hopes for this one. And try as I might, I can't lower them. But, you know what? I don't think I should have to. Give us a stellar Captain Marvel film, Marvel. You've shown us you can do it. You're already on a roll. Keep that going.

And, if the Captain Marvel film crushes it the way I'm hoping, it'll make the next Avengers film that much better. 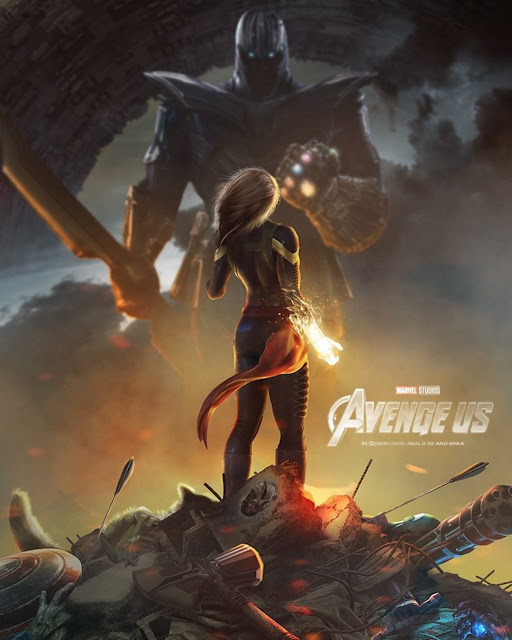 Events this weekend in Las Vegas and St. George! 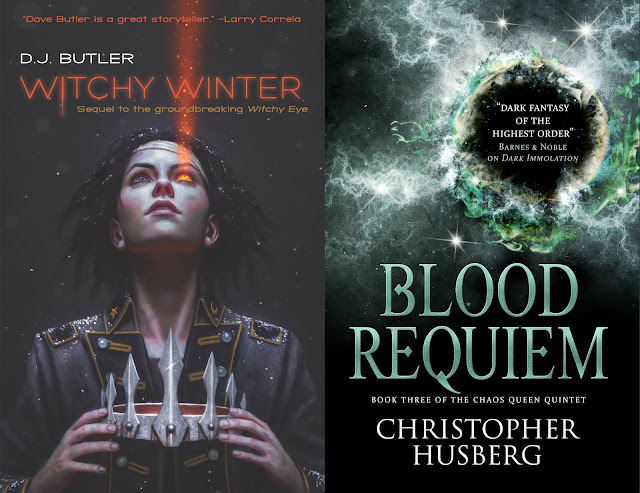 The inimitable Dave Butler and I are once again teaming up this weekend, doing events both in Las Vegas, NV and St. George, UT!

PLEASE NOTE that, while both events are on the same day, one time is listed in PDT and the other in MDT.

Just wanted to point out a small milestone for this blog:

With my last post about my appearance at FanX 2018 (which went very well, by the way--the "Was Thanos Right?" Debate panel was particularly fun), I've hit fifty blog posts for 2018! Not only is that a nice round number, but it's also the most blog posts I've ever published in a single year--and we still have 3+ months to go!

According to just about everyone, blogs are a dying medium, so I'm not sure how much longer it will be viable. That said, I do still view it as the most effective way to convey information to my readers--especially, of course, information about my books--so I don't see me stopping anytime soon.

We'll see! But for now, I'm happy. Also, Book 4 is coming along swimmingly.