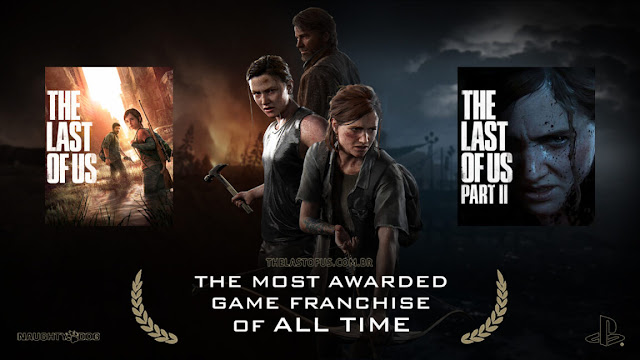 Okay, so for Queer Rep Day 12, we're jumping into video games with the survival horror franchise The Last of Us.

Most of the queer in The Last of Us happens in the Left Behind downloadable content and the sequel, The Last of Us Part II. But the first game is worth mentioning because (1) one of the queer characters is present even if it isn't exactly textual that they're gay, (2) in order to play the Left Behind content you have to at least own the first game anyway (and actually playing it provides a lot of helpful context), and (3) it's almost universally acknowledged as one of the greatest games ever made.

That should put some oomph behind my words when I say that I think Part II is even better. Which is a controversial opinion, by the way. Few video games have been more polarizing than The Last of Us Part II, and there is some valid criticism out there about the game as well as some really off-the-wall crazy nonsense that tries to pass as “criticism”—and a lot that falls somewhere between those two extremes.

As for me, I think Part II is beautiful, if harrowing. Hopeful, if haunting. An examination of revenge and forgiveness (of others and self) that somehow manages to be too heavy-handed, too light-handed, and incredibly deft all at once. I genuinely think the games are high quality and tell compelling stories. And I love the queer. I love the sheer weight of potential between Ellie and Riley in Left Behind, I love the genuine, simultaneously well-worn and honeymoonishly new relationship between Ellie and Dina in Part II, and I love the introduction of Lev, a trans character who became one of my favorite characters overall in the series, in Part II as well. Basically, there’s a lot to love about the Last of Us franchise, even if there’s a lot to dislike, but I think it’s worth checking out. 🏳️‍🌈🏳️‍⚧️

And of course check out the ongoing Queer Rep list here.