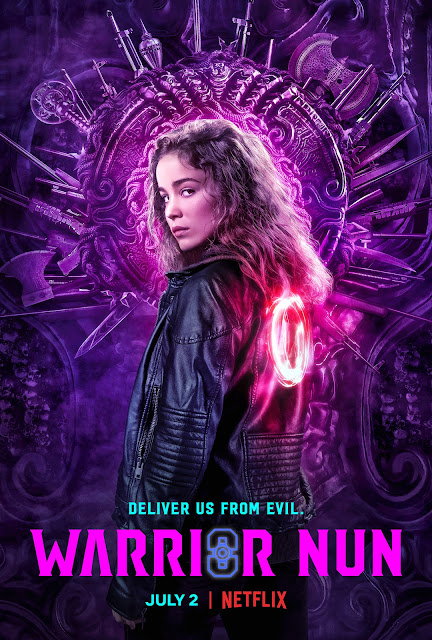 Ah, Warrior Nun. Weird, imperfect, and awesome. Imagine if demons were real and the Catholic Church had an entire warrior sect devoted to fighting them off, including a divinely-powered superwoman called the Warrior Nun, and you’ll have a pretty solid grip on the series premise. It’s fun, if overly serious sometimes, and a little too reliant on mediocre CGI, but it has some strong elements. It certainly fits the mold of a BtVS successor, and while it fits a little better than a lot of other contenders out there, it falls far short compared to TBH.

I questioned whether to include this one in my Queer Representation list too, honestly, because the queer is…subtle. Barely textual, honestly. But it is there, and has so much promise. The good news is that it was renewed for a second season and it should be releasing later this year! And based on the recently released trailer, my hopes are reasonably high that they’ll embrace the show’s queerness instead of sweeping it under the rug—but we’ll see. Anyway, that’s day 22!