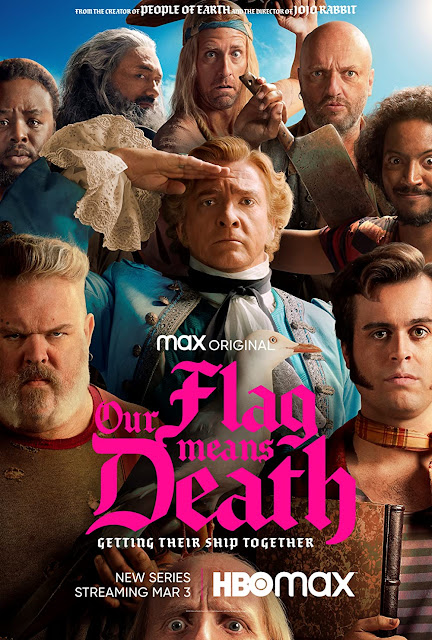 "Queerbaiting" is an unfortunate trend in which possible relationships between same-sex characters are teased, but never fully realized on the screen or page. Sometimes this is just ignorant writing, but more often than not it's more insidious than that, a marketing technique to attract LGBTQIA+ audiences and allies without expressly committing to a queer story. (If season 2 of Warrior Nun doesn't have any queerness in it, for example, it would be an egregious queer baiting offense.)

A recent Atlantic article called Our Flag Means Death "the opposite of queer baiting" and I 100% agree--it's a really well done, slow-burn queer romance with a payoff, ensconced in an always brilliant, often hilarious comedy about pirates. Also Taika Waititi is attached.

The show is delightful and you should watch it! 🏳️‍🌈