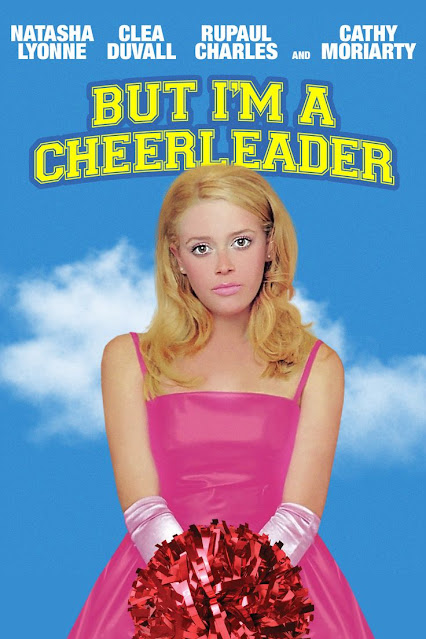 If you’re looking for an OG gay cult classic, look no further than But I’m a Cheerleader, the 1999 teen romcom with a bit of a satire-y streak. But I’m a Cheerleader follows Megan, a—you guessed it—high school cheerleader whose parents send her to a form of conversion therapy camp. The film’s cast is first rate. Natasha Lyonne, now a gay icon largely because of this film, is both hilarious and sincere as Megan. Clea DuVall, who has since come out as lesbian, does delightful work as Graham. RuPaul is in it, as is Melanie Lynskey, and even Michelle Williams has a small role.

But beyond the cast, the film is kind of mind blowing for how it manages to weave humor, drama, and satire, making gay conversion therapy* seem both laughably ridiculous and horrifically insane at the same time while also making me root unabashedly for the central couple. All in 1999. It’s quite phenomenal. And that’s why it’s Day 18 of Queer Rep. 🏳️‍🌈

* While this film once again does a surprisingly good job of treating this topic, and I love it because it is, ultimately, a romcom, it’s worth mentioning a few other movies and their source material, namely The Miseducation of Cameron Post and Boy Erased, both of which take a more serious approach to the reality and consequences of gay education therapy.