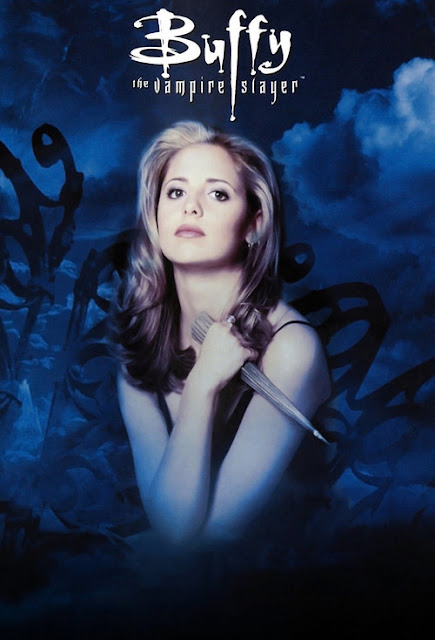 For day 20 of Queer Representation I’m going to talk about Buffy the Vampire Slayer. (If you know me at all you had to expect this at some point, right?) And honestly, there’s a lot to say. But I’m also going to try to keep this short. So, the highlights:

Willow Rosenberg is one of the best characters in the entire series. She’s smart, she’s funny, she’s brave, she’s compassionate, she’s a witch, and she’s also gay (or, arguably, bisexual, but I personally think she’s solidly in the lesbian camp). Her relationship with Tara was really wonderful (with one big asterisk), and they shared one of the first lesbian kisses on television as well as the first lesbian love scene. So, BtVS has a few strong gay characters whose characterization goes beyond their gayness, and it was willing to take some risks at a time where things like this were risky. So that’s good!

But also, the lowlights. BtVS falls into some harmful tropes for the LGBTQIA+ community. “Bury your gays” (there’s the asterisk) and “gay panic” (namely: Xander) are the first ones that come to mind, but I imagine there are others. I won’t go into detail about what those tropes mean for the sake of time and spoilers, but you can follow the links to find out more.

What I’d like to point out is that even though BtVS was a very good series in a lot of respects, and even though in some ways it pioneered queer representation, it didn’t come without issues and without problems. Honestly it makes films like But I’m a Cheerleader and Saving Face, and books like Annie on My Mind (all contemporary or predating BtVS) even more impressive because they manage to have strong representation without furthering problematic tropes. So, kind of a mixed bag here, but I think it’s worth acknowledging that just because a piece of media might have good representation or further a cause in a specific way doesn’t mean it’s completely unproblematic. 🏳️‍🌈